This year, Chuseok was from September 29 to October 1.  Chuseok, often referred to as Korean Thanksgiving by foreigners (but it really isn't), is a three-day long holiday held in celebration of the harvest season according to the lunar calendar.  Korean natives usually return back to their hometowns, or parents' hometowns, or even grandparents' hometowns to celebrate with a large feast of traditional Korean food and also to practice ancestral rites such as cleaning the grave sites of their ancestors.

During this holiday, while millions of Koreans are travelling to other cities on over crowded trains and buses, I stayed mostly in Seoul and enjoyed a very relaxing and fun-filled weekend.  The major places I went to this weekend were Gyungbok Palace, Everland, and Lotteworld.

Gyungbok Palace was the biggest and main palace of the Five Grand Palaces of the Joseon Dynasty.  During the 20th century, it was almost completely destroyed by the Japanese government but recently has undergone major renovations and restorations.  It was not my first time visiting the palace, but because it was a national holiday, they had some special events such as traditional music and dance performances, as well as interactive showcases like trying on a 한복 [hanbok], or traditional clothing of Korea, and eating 송편 [songpyeon], or traditional Korean mochi-like food for this holiday. 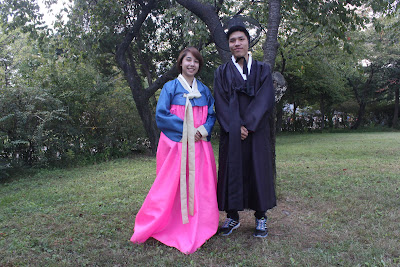 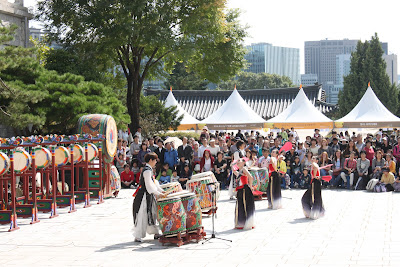 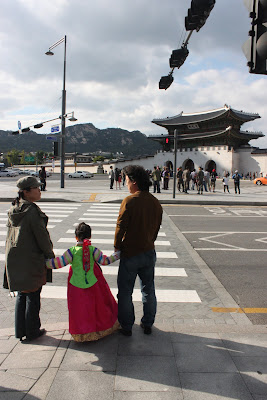 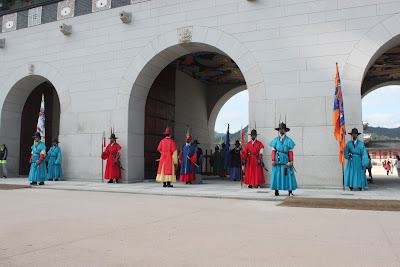 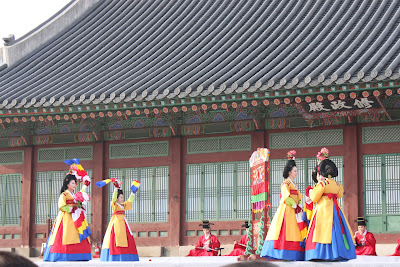 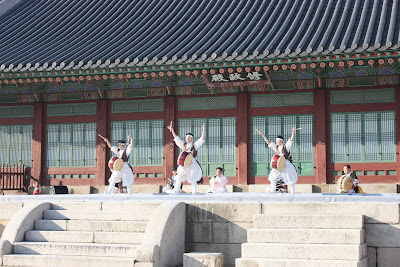 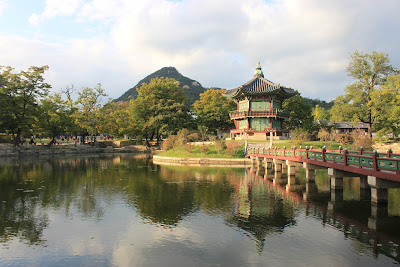 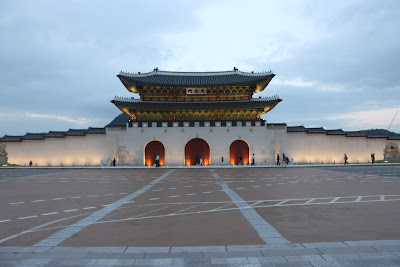 Everland is an amusement park located about 2 hours outside of Seoul.  This weekend, there was a discount for foreigners due to the holiday because they know we don't have families to return to and well, that's pretty good business sense!  We made the trip out to Everland and I'm so glad we did because it was a great experience!  The world's steepest wooden roller coaster is located here as well as some horror mazes in the spirit of Halloween and a bunch of other attractions.  I am definitely going to come back during the winter for other winter attractions! 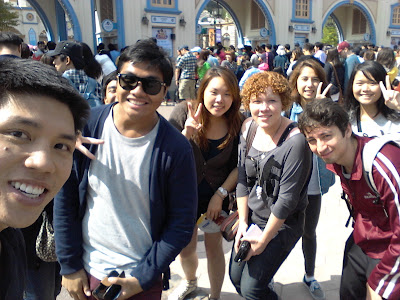 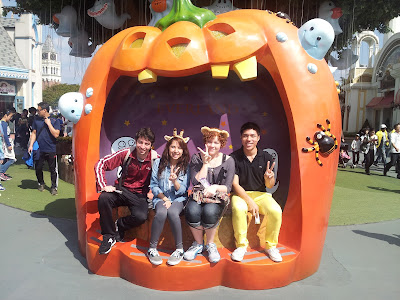 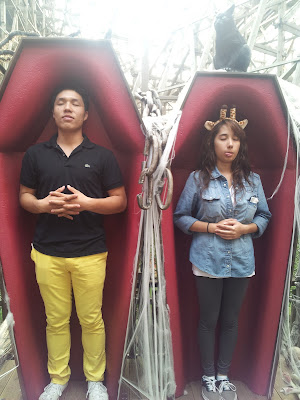 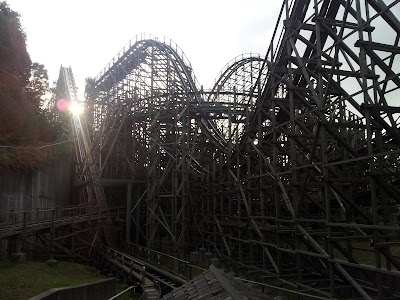 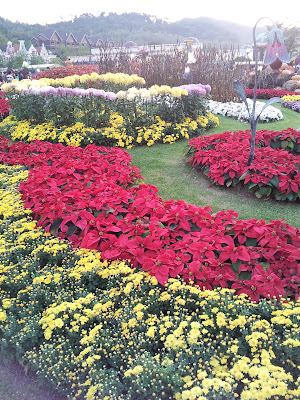 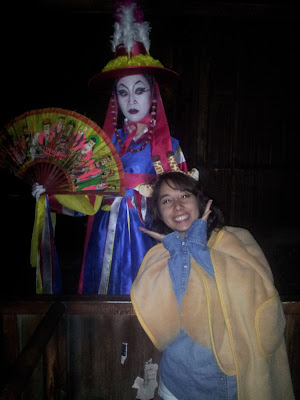 Lotteworld is another amusement park, but this one is located in Seoul and is half indoors and half outdoors. It's a lot smaller than Everland was but definitely just as fun and had many attractions.  I first saw this place on a Korean drama called "Stairway to Heaven" back in seventh grade and I'm glad I was finally able to visit!  It was fun hanging out with new friends and very convenient since it's located within the city!  It's a very popular destination for couples, so I was glad I was with friends and didn't feel like a loner... 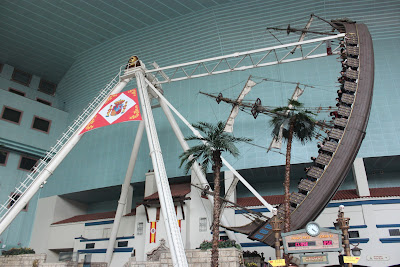 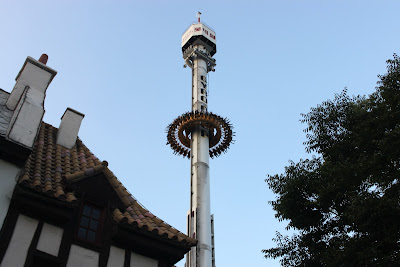 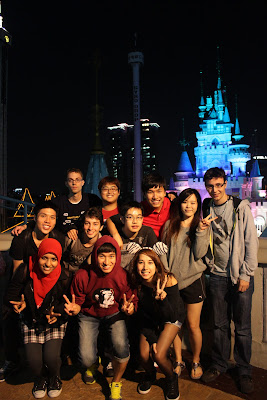 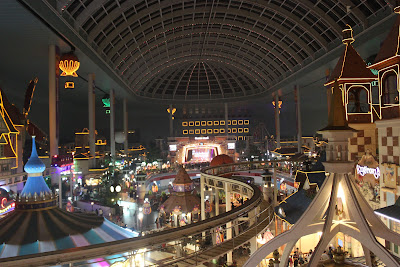 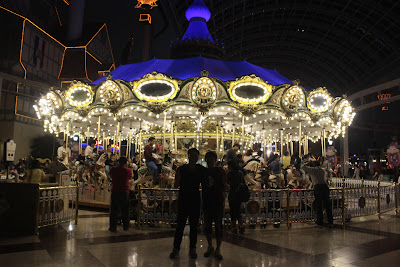 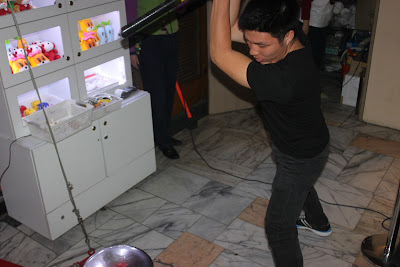 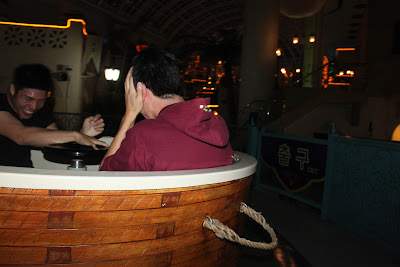 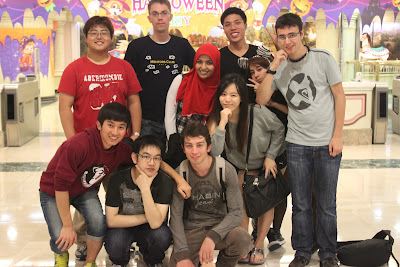 Both of these parks resembled Disney in many ways, like music playing and even their characters.  However, I feel like it was just enough to give the nostalgic feeling of visiting a Disney park, but not enough to cause any lawsuits.  This weekend was a good time to relax and refresh my mind for the upcoming busy weeks of midterms and presentations!
Posted by huykachu at 11:20 PM