I enjoyed my trip to Busan a lot last time so I decided to go back down again.  From December 7 to 9, after my LSAT the week prior, I went back down to Busan with a group of friends and I had an awesome time again!  Here are some pictures from the trip:

We took the KTX (Korea Train eXpress), Korea's high-speed train system from Seoul to Busan and it was nice because it started snowing when we went!  This was part of my view from the ride down to Busan. 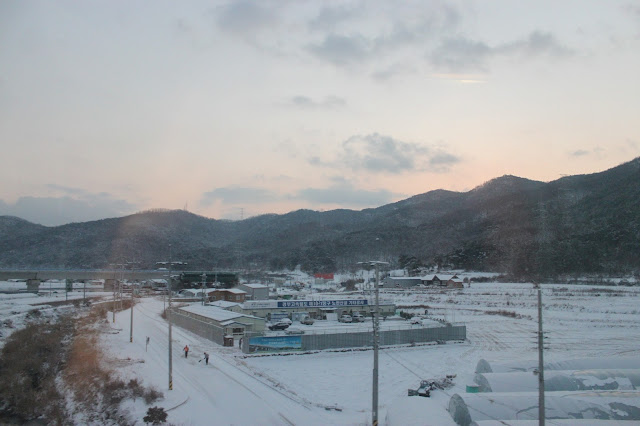 I went back to Jagalchi Fish Market and had some fun with the birds on the port!  I also got to eat sannakji, raw octopus, legs.  It was pretty good and a lot of foreigners enjoy eating them because it is something that you cannot find in other countries. 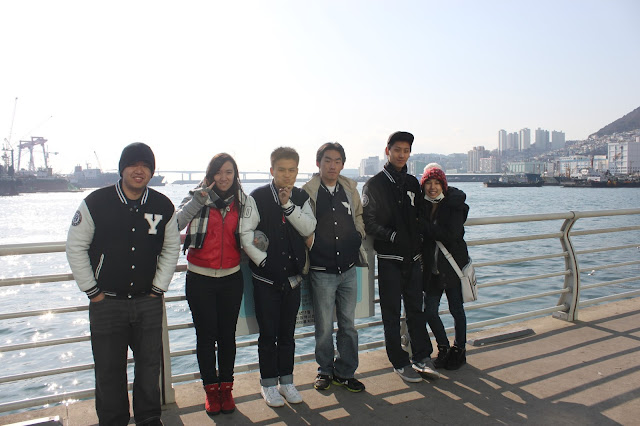 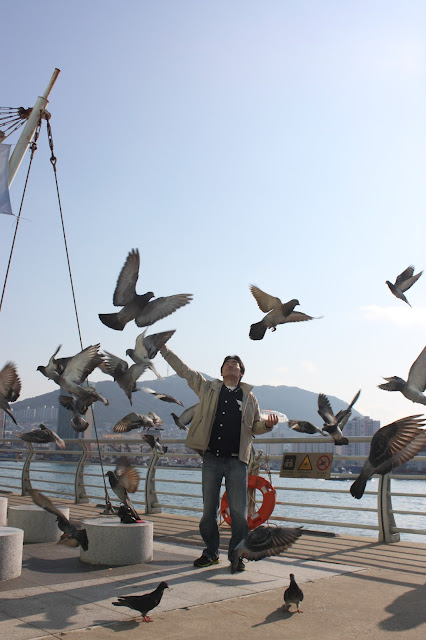 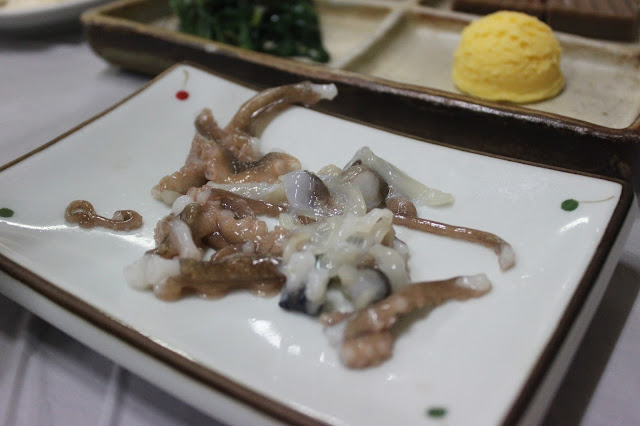 I also went back to Haeundae Beach and this time was a lot sunnier despite it being the winter. The water was colder than last time but surprisingly, a lot of people were still visiting the beach! 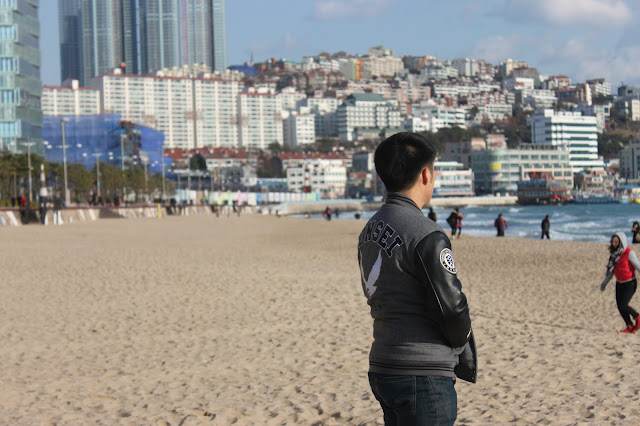 Even though Busan is Korea's second largest city, the night views of the city are still as nice as Seoul's.  This was in an area called Centum City, where Shinsaegae Department Store is located as well as the location for the Busan International Film Festival. 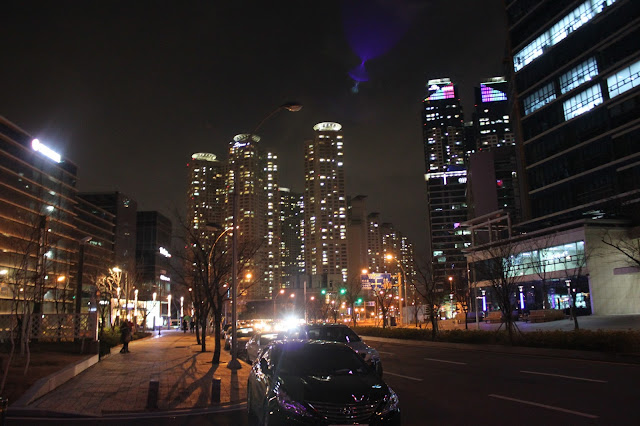 I also found this interesting statue in a park walking around the area! 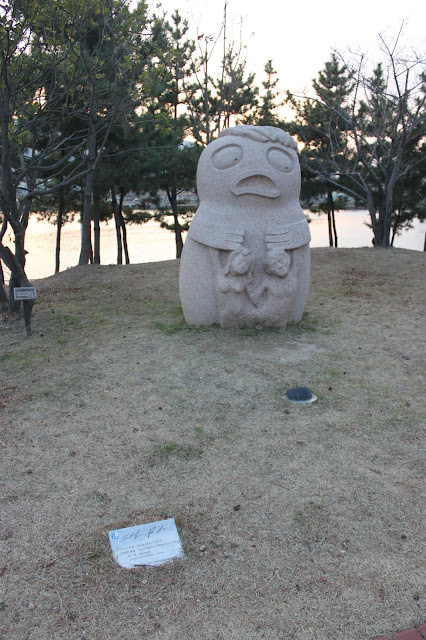 We went to a really fancy Noraebang (Korean Karaoke).  We had paid for two hours of singing but somehow, we received five hours!  Five of us were only able to make it through three hours and the others stayed the whole time...it was very intense! 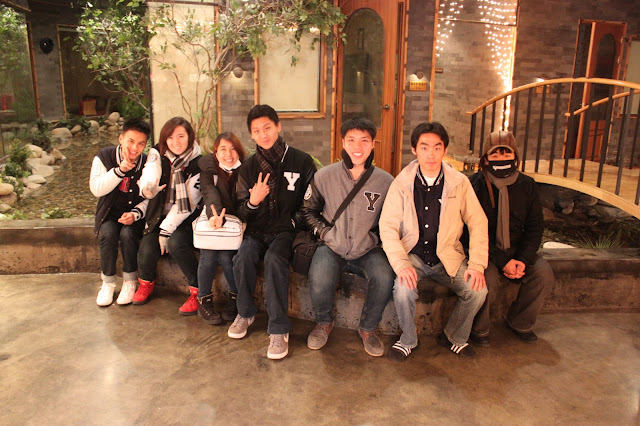 All in all, I really do enjoy Busan.  This trip was a great getaway and was so relaxing especially the weekend after taking my LSAT and two weeks before finals!
Posted by huykachu at 3:10 PM