During Finals week, I went with a couple of friends to the Noryangjin Fish Market in Seoul.  It was only about a 30 minute ride there from Yonsei and I am a little disappointed that I didn't go there earlier!! The fish were fresh and cheap! You can buy the seafood that you want from the market and someone will take you from the market to a restaurant where they prepare them for eating! 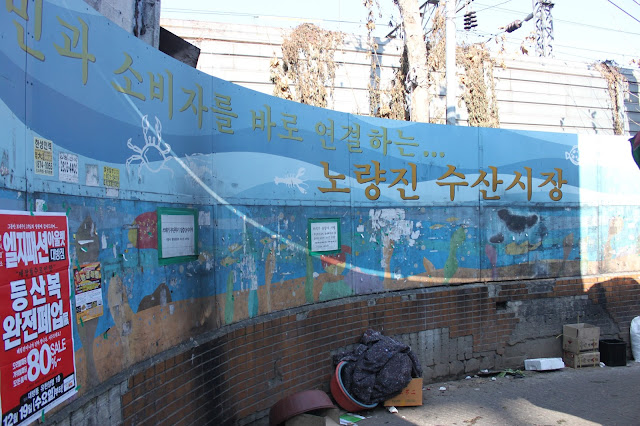 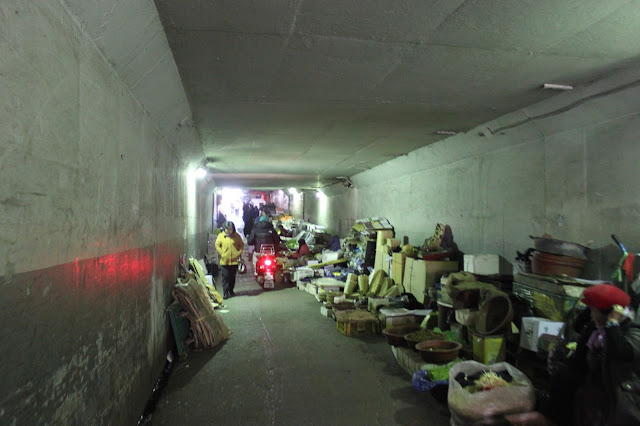 This entire plate of sashimi was only W10,000 (about $9 US).  Koreans don't eat tuna as much as salmon and some other type of fish so I definitely missed tuna and especially SPICY AHI! 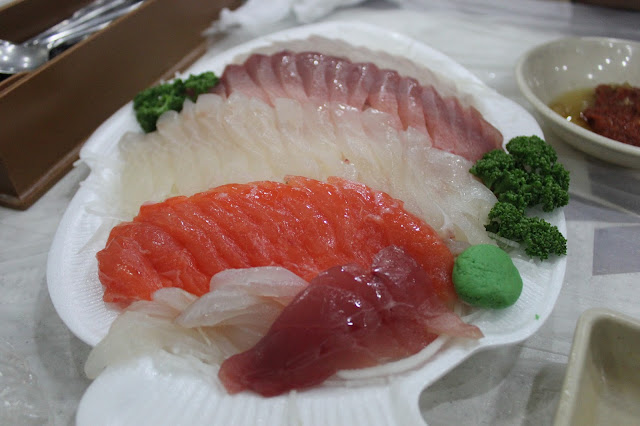 We also bought 4 nakji (small octopus-like animals).  I had the restaurant cut two for eating the legs and just clean the other two to eat whole.  You can see the two whole ones in the bowl below. 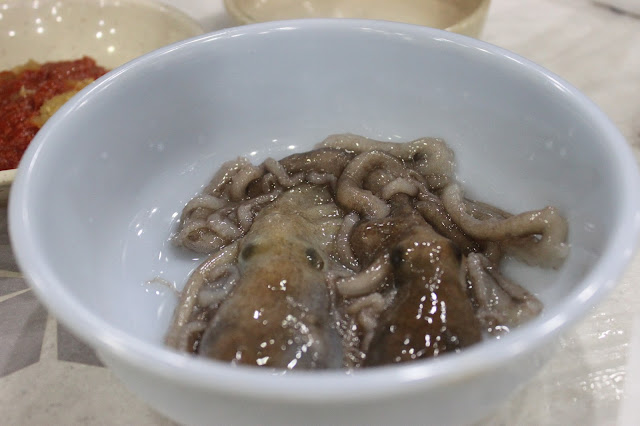 And here are the cut up legs of the other two! 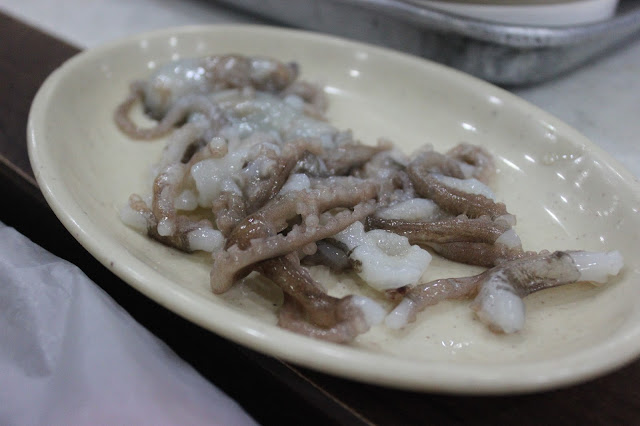 One friend and I wanted to try them whole since we had already eaten the legs before.  I thought I was prepared to eat it but got pretty nervous when I saw the eyes staring back at me! 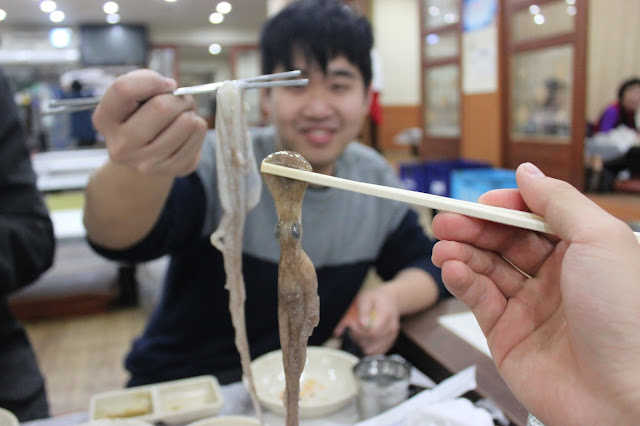 Before eating, you dip them in sesame oil and salt for flavor and to make them more lubricated so that their suction cups aren't too strong.  My friend's one went crazy when he dipped it in the sauce. 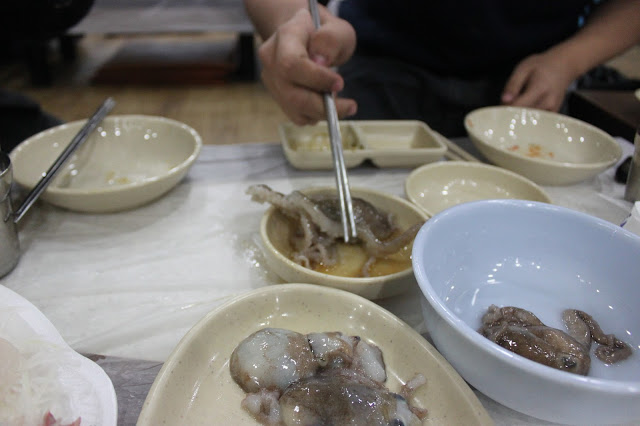 After dipping, you wrap their legs around chopsticks in order to make it easier to eat and to prevent the legs from going all over the place.  Once you put in in your mouth, make sure you chew very well! It can potentially be dangerous if you don't chew enough to kill it and break down the tentacles. 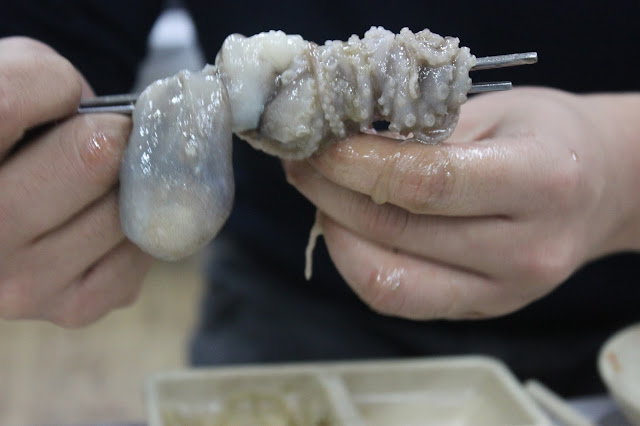 For the most part, eating it whole wasn't too bad until I bit the head and the inner juices came out.  I think I prefer the legs cut up!  The next time I go to Korea, I will definitely make it back to the Noryangjin Fish Market! 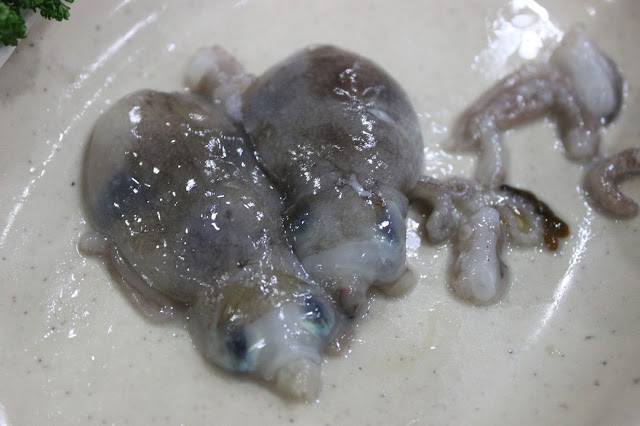